Carpenter Vamps It Up—Déjà vu, anyone? 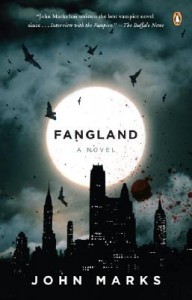 It was announced last week by movie sites more respectable than mine that John Carpenter will direct Hilary Swank in the upcoming big-screen version of Fangland, John Marks’ 2007 novel…because vampires are the new pink, right? Joking aside, when I heard this news, my first thought was, “Hmm, this sounds familiar.”

Carpenter has been to the vampire well before—remember Vampires, that cleverly named flick from 1998? Starring the respected, yet perpetually career-challenged James Woods as the (of course) bitter, cynical leader of a rag-tag band of Vatican-sponsored, whoremongering vampire hunters, Vampires was a pretty sweet flick, and Carpenter hit all the right notes. It was essentially a grimy, gory supernatural Western that made even Daniel Baldwin look good. Also, it was based on a little-known novel by John Steakley.

I’d not heard of Fangland before now (it’s #56,030 in Amazon.com’s book ranking), but the premise sounds just ridiculous enough to work. Fangland, a modern take on Bram Stoker’s Dracula, focuses on Evangeline Harker, a Texas-born producer at a respected TV news magazine (much like 60 Minutes, which Marks used to produce), who is sent to Transylvania to investigate the affairs of an arms dealer who turns out to be a blood-drinking, undead fiend. Yeah, I know, but it’s no sillier than a rag-tag band of Vatican-sponsored, whoremongering vampire hunters, right? Hey, the novel has done fairly well apparently. It was nominated for a World Fantasy Award and it seems more readers like it than hate it over at Amazon.

Okay, so far we have John Carpenter and a little-known vampire novel. Hmmm, what’s missing? Oh yes—a respected, yet perpetually career-challenged movie star. Wait a minute. It looks like the lovable Hilary Swank will be filling that space. (I suppose Swank, with two Oscars, is “officially” more respected than James Woods, but, hey, she’s a woman and there’s that pesky glass ceiling to deal with.) Yes, sadly, Swank has been somewhat career-challenged as of late. Everything she’s done since 2004’s Million Dollar Baby has misfired to some degree, including her latest foray into horror (The Reaping, about which we shall not again speak). Looking at the list of her upcoming projects on IMDb, it appears Swank, in an effort to jumpstart her career, is pretty much throwing anything and everything at the wall to see what sticks. (I mean, a film version of French Women Don’t Get Fat? Really, Hilary?) So, a vampire flick directed by living legend John Carpenter probably sounds pretty good to her right now. 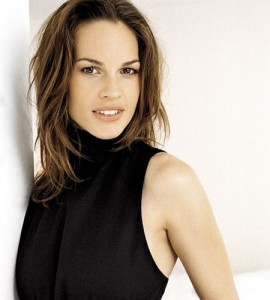 I think it’s inspired casting. Swank has the chops (and the choppers—have you seen her smile?) to make a modern-day vampire crime boss seem plausible. Also, she got her start in a vampire movie, playing a goofy teen in the original Buffy the Vampire Slayer. My only concern here is that Swank will employ one of her patented cornball accents to play former Texan Harker.

To sum up: John Carpenter is directing a respected, yet perpetually career-challenged Hilary Swank in a vampire movie based on a little-known novel by John Marks. It suddenly feels a lot like 1998, and that’s kinda cool. If only gas cost $1.15 a gallon again…