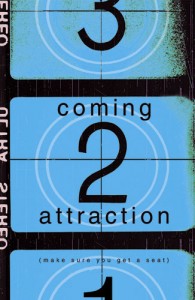 Hey, guys. I want to take a minute to catch up with you. I know you’ve noticed things have been a tad slow here at Slammed & Damned, and there’s a reason. Actually, I’ve been doing a lot of writing lately—just not here. (More on that later.) But I do have some interesting things headed your way. There are a couple of amazingly cool interviews in the pipeline. Also, I have an idea for another “event.” I know, I know. Please. Contain your enthusiasm. (More on that later.)

But what’s happening now? Let’s see. I went to see Iron Man 2 on its opening weekend, along with $133.6 million worth of other people. I really liked it. Most sequels to super hero flicks are bigger and more bloated than the first installment of the series, but that really wasn’t the case here. That’s my big gripe with Sam Raimi’s Spider-Man flicks. If you have an interesting hero, you only need one villain! That’s it. Cramming three villains into one film just does not allow the opportunity to create a compelling film with a decent narrative and realistic character arcs. I’m sure you’re saying, “Umm, I think you’re missing the point of a super hero movie, man. You know, bang, pow, smash!” Yeah, I understand, but I disagree. I think that’s the lazy way out. Look at Iron Man 2. Tony Stark is being fleshed out nicely. He’s actually grown as a character in these two films. Of course a lot of that is because of Robert Downey Jr., but it’s on the page too. And Jon Favreau is to be credited for allowing Stark and Pepper Potts (Gwyneth Paltrow) to develop together and bring back screwball comedy in a big way with their affectionate bickering. Apparently Favreau is the only director that knows how to do that anymore it seems. Thanks, Jon! 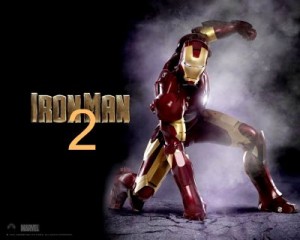 While I was happy that Iron Man 2 only had one true villain, I was a bit worried that it would suffer from an excess of good guys. Nick Fury, War Machine, Black Widow and Iron Man seemed like a lot, but the script (by Justin Theroux, taking a break from being a compelling actor by showing off as a wonderful screenwriter…again) did an admirable job of folding all of them into the narrative. But that’s an easier feat to pull off, I suppose. The good guys are there to aid Iron Man, acting as supporting characters, whereas villains pretty much have to be written as main characters. Thankfully, Theroux didn’t (or didn’t have to) write in Mandarin and/or Crimson Dynamo (though the film’s Whiplash is actually something of a composite with Crimson Dynamo—sorry, geek attack). Of course, Iron Man doesn’t have much of a rogue’s gallery. He shares villains with a lot of other Marvel heroes. But he does have Whiplash, who Mickey Rourke brought to life quite well. And Sam Rockwell was wonderful as Justin Hammer, playing him as a petulant, spoiled man-child. (Did you notice Rockwell slipping in his cool James Brown dance steps? Is Rockwell becoming the new Christopher Walken and dancing somewhere in every flick? Think about it.) 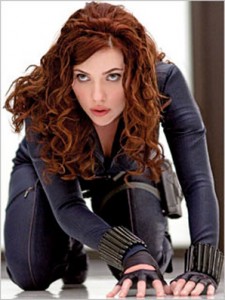 I think the other thing that differentiates the Iron Man movies from most other comic book flicks is the fact that Favreau has been allowed to cast “real actors.” I knew he was on the right track when he was actually allowed to use Robert Downey Jr. That was a pleasant surprise. Paltrow, Don Cheadle, Samuel L. Jackson, Jeff Bridges, Terrence Howard, Mickey Rourke, Scarlett Johansson—these are not your usual crop of WB teen actors that populate a lot summer fare. These people have chops. So, again Thanks, Jon!

Yow, that turned into a stream-of-consciousness screed, eh? Oh well, this is No Editing Day at Slammed & Damned. There’ll be no going back and chopping it up, hammering my thoughts into coherence and fixing mistakes this morning. Sorry to make you pay for my busy schedule, but so it goes. I’ll be back in a few days with something else much more lucid and articulate. Or so I hope…