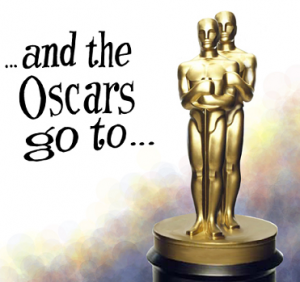 I know you watched the Academy Awards last Sunday—if only because of Oscar’s salute to horror. Horror! At the Oscars! Sooooo, what did you think? Yeah, me too. I guess it’s kinda sweet that that the Academy acknowledged that horror actually does exist. It’s been a long time since that last occurred. Back in 1974, The Exorcist was nominated for 10 Oscars and won two (Best Sound and Best Adapted Screenplay), but that’s been it. Oh, I know, Silence of the Lambs won Best Picture, Best Actor, Best Actress, Best Director and Best Screenplay in 1992. But that’s not really horror. Close, but not really.

But last Sunday, there was not only acknowledgement, but a grudging respect on display. It was officially admitted (through the pandering teen mouthpieces of Taylor Lautner and a clearly uncomfortable Kristen Stewart) that horror is the biggest moneymaker in films. And if there’s one thing Hollywood respects, it’s making money—they don’t have to be proud of it, but they respect it. It was also pointed out that many big stars made their bones in scary movies. In fact, that’s pretty much tradition at this point. Even Kristen Stewart, before she became KRISTEN STEWART by appearing in the Twilight franchise, was in a pretty decent horror flick called The Messengers. 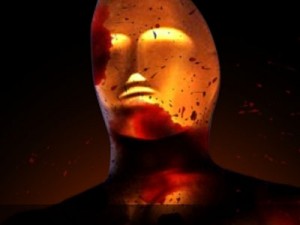 Anyway, did you like the clip reel of the horror flicks that Oscar chose? It was clearly made for a beginner’s class. Oscar hit a few highlights certainly, but what was up with some of the choices? C’mon, Oscar. Marathon Man? Jaws? Were they added to cover your embarrassment, or did you just want some “real” films to be included? Oh well, it’s nice to even get into the auditorium with the big kids, so I shouldn’t complain. At least Kathryn Bigelow won for The Hurt Locker. We can all fold Near Dark into this win too, right? And Roger Corman, horror maestro and one of the most influential filmmakers in American movie history, won an honorary award! But he wasn’t even allowed to speak. I guess he’s too old. (One thing Hollywood does not even pretend to respect is old age.)

I guess that’s about it. Don’t get me wrong. I’m thrilled horror was given a place at the grownup table this year. I guess I just dream of a time where horror actually gets served some food. And by food, I mean awards. And by awards, I mean respect. And by respect, I mean RESPECT.

This article was posted in Other Awesome Stuff and tagged Academy Awards, Jaws, Kathryn Bigelow, Kristen Stewart, Marathon Man, Near Dark, Oscars, Other Awesome Stuff, Roger Corman, Silence of the Lambs, Slammed & Damned, Taylor Lautner, The Exorcist, The Hurt Locker, Theron Neel, Twilight. Bookmark the permalink. Follow comments with the RSS feed for this post.Trackbacks are closed, but you can Post a Comment.