In Honor of President’s Day, an Update 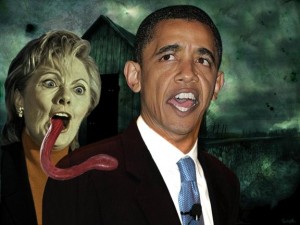 I hope you’re enjoying your President’s Day. Yes, it’s that wonderful holiday where we celebrate…umm…the president? Is that right? I mean, he’s the president. He has the most important job in the world. Isn’t that enough? He needs a day as well? Anyway, I was going to do a couple of “presidential horror” jokes but, let’s face it, they’re harder to come up with now that Bush has left office. (Ho ho! High comedy indeed.) Moving on…

How was your weekend? Did you see The Wolfman yet? I haven’t, though several of my fellow bloggers have. Apparently, it’s not bad. It’s just rather bloodless for a werewolf movie full of blood—you know, no there there. So, based on what they think, I think it’s going in the ol’ Netflix queue. (I trust them and so should you.) Plus, the last time I went to see a movie (Sherlock Holmes) at a theater, the whole experience was a horror: Three loud teenage boys sitting in the back talked very loudly, threw popcorn at everyone all during the flick and ran up and down the stairs repeatedly, loudly stomping their feet as loudly as possible. Oh, and did I mention they were loud? Then during the last five minutes, as the whole labyrinthine plot was being explained, the projector shifted up and all we could see were the actors’ legs. Argh! So, me and movie theaters are taking a break. We’re still friends, but we want different things, etc. Okay, enough chit-chat. I’m going to move right in to the “update” section of this post.

Slammed & Damned is moving in to its seventh month of existence and, much like America (and the office of president—hey, look at that. More presidential comedy!), it is a noble experiment in progress. I thank you for reading. Apparently more and more of you are stopping by, and returning even. Thanks so much! We’re still finding our way and figuring things out here. There are more reviews, interviews and profiles coming up that I hope you’ll enjoy and find interesting. Also, I’m thinking about ways to spice things up a bit, but more on that at a later date.

I guess that’s all for now. I just wanted to check in and touch base with you, my dear readers. I will let you get back to your President’s Day celebrations. I’ve been searching the web, looking for fun ways to celebrate President’s Day that I could suggest to you. One site recommends building a log cabin from Popsicle sticks. So there’s that. But I think maybe a scary presidential horror movie is called for. While there apparently is a slasher film out there called President’s Day, I’m going to suggest a flick that is based on terrifying true-life events—events so horrific that one shudders to think they could have actually occurred, and in America no less. The film I suggest is All the President’s Men. Great movie, true story, unbelievably scary president.

This article was posted in Updates & Teasers! and tagged All the President's Men, America, bloggers, horror, Netflix, President's Day, Sherlock Holmes, Slammed & Damned, slasher, The Wolfman, Theron Neel, Updates & Teasers. Bookmark the permalink. Follow comments with the RSS feed for this post.Trackbacks are closed, but you can Post a Comment.