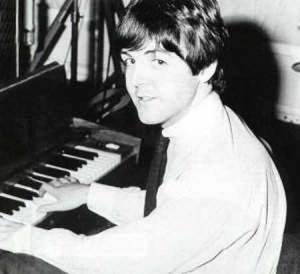 This is the second entry in my “The horror” series. Okay, granted, this isn’t about horror per se, but it’s something I find horrible and that’s been on my mind for quite a while now, so bear with me while I get it off my chest. We’ll return to horror interviews, reviews and profiles soon enough, I promise.

All right, I know what you’re thinking: What can possibly be horrible about that nice Paul McCartney? After all, he was the cute Beatle. Is it his recent misguided marriage to Heather Mills? Naw, I don’t blame him for wanting companionship in his golden years. Could he have chosen a better bride? Sure. But, hey, that’s his business. Perhaps you think the horror involves his post-Beatles tendency to write and record somewhat trite love songs. No, that’s not it either. I remain an unapologetic supporter of McCartney’s music—yes, even schmaltzy trifles like “Silly Love Songs” or “My Love,” which, in fact, is a deceptively harmonically complex tune that deserves more respect than it gets. McCartney is more craftsman than artist, and even his most light-weight songs are tuneful, well-made pop product—at worst, guilty pleasures to tap your foot to and hum along with as you drive. 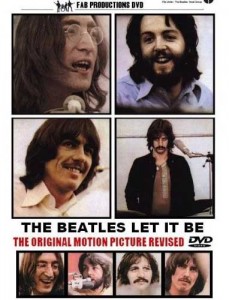 No, the horror to which I refer concerns McCartney’s pig-headed refusal to allow the film Let it Be to be re-released. For those too young to know (or care), Let it Be was a documentary, filmed in 1969, that followed the Beatles into the studio while they rehearsed and recorded the Let it Be album. This film is both a historical document and a fine flick full of amazing music that deserves to be available. I mean, the Beatles were arguably the best band in rock history and inarguably the most influential. A film that shows them actually creating and shaping music and then playing it live is invaluable. It’s both exciting and fascinating to watch this set of songs take shape and evolve, going though different arrangements before the final versions are recorded. It’s just extraordinary to see the greatest band in history be a real band.

And that is exactly why McCartney doesn’t want it released. Let it Be shows the Beatles acting like real people and real members of a real band. Yes, some of the music is a bit raw and rough in places. But that’s fantastic. To see a band known for its polished studio creations playing and sounding like a regular band is a precious thing. Those incredible songs didn’t just happen. Even the Beatles had to jam and practice to arrive at greatness. But I don’t think that’s the issue. If I’m not mistaken, McCartney’s major problem with the film most likely involves one scene in particular.

A little backstory: The Beatles began recording Let it Be in January 1969, just a few months after they finished recording The Beatles (aka the White Album). Those had been very tense sessions, with various members “exploring their options,” as we say in the corporate world. Ringo Starr actually did leave, only to return a couple of weeks later. Being “the Beatles” was taking its toll on the guys. John Lennon had considered quitting the band as early as 1965, but he kept going because, hey, being a Beatle was a good gig. How do you walk away from the biggest band in the world? But being a Beatle was harder than you’d think. They were the first band to experience the level of fame they had. By 1969, after years of being under the microscope and labeled one thing, all the band members were on edge and ready to bolt. 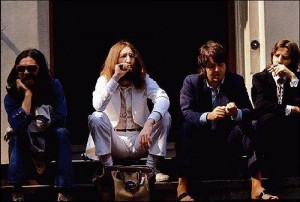 Paul had taken charge of the Let it Be sessions due to a lack of interest on the part of the rest of the group. Now, a rehearsal should be a closed session, but the very premise of Let it Be demanded a film crew be on hand at all times, sticking cameras in the faces of vulnerable, camera-shy musicians. To make things worse, it was decided the sessions should take place at a film studio rather than the Beatles’ usual rehearsal space. All these issues virtually assured an uptight atmosphere.

The one scene I think McCartney has an issue with involves George Harrison, who has since passed on. He and George are discussing George’s playing on a song that Paul wrote. Paul keeps giving George direction on what he wants to hear on the tune, but he isn’t very specific. He talks in generalities and, knowing he’s pissing off George, keeps going in circles trying to be polite and diplomatic. George eventually lays it on the line. He angrily tells Paul that he’ll play whatever Paul wants, but Paul needs to tell him exactly what that is. Paul basically comes off as a micro-managing asshole. But that’s what it’s like to be in a band! (Note to Paul: This is not a big deal, man. This is human nature at work. I know George is dead now, but it’s okay. No one will hate you for being human.) I’ve seen this same fight countless times. As a musician, seeing the Beatles have the same arguments as I’ve had was a heartening experience.

Sources have stated: “The Beatles are still a massive global brand and it’s felt it won’t be helped if the public sees the darker side of the story. People like to imagine the Beatles were a happy ship but the reality towards the end was very different as this film shows. ” While I understand where they’re coming from, I respectfully disagree. It would be nice to live in The Land of Make-Believe and think of the Beatles only as those wacky lads from Liverpool with the mop-top haircuts. But that wouldn’t be the truth. No matter how other-worldly their music was, the Beatles were human musicians in a real-world band, experiencing super-human pressures. As someone who has been in bands most of his life, I can attest that being in a not-famous band is hard. It’s like a marriage, but with several people. And we all know how tough a two-person marriage can be. Multiply that by four. It’s a difficult situation at best. Add to that all the pressures of superstardom? Trust me, it’s astounding they’re just snippy with each other.

If nothing else, Let it Be deserves to be seen for the glorious rooftop mini-concert that closes the film. As a climax for the flick, the guys decided to set up on the freezing roof of the Apple Records building, in the heart of London’s financial district, and play a set of the songs recorded during the sessions. It’s such a kick to see the reactions of people on the street when they realize the Beatles are playing above them. Crowds start to clamor and eventually the police have to go up and shut the band down, all of which is caught on film. This is the first live performance they’d given since 1966, and it was also their last—and, as such, it deserves to be available for the world to see.

So, come on, Paul. Let Let it Be be. You don’t owe us anything, but we need your help. We know being a Beatle was all too much, but it’s getting better. In your life, you’ve given us every little thing. And we know you’re so tired of it all, but I’ve got a feeling: From me to you, I want to tell you all you’ve got to do is don’t let us down.

This article was posted in Other Awesome Stuff and tagged George Harrison, John Lennon, Let it Be, Other Awesome Stuff, Paul McCartney, Ringo Starr, Slammed & Damned, The Beatles, the Horror, the White Album, Theron Neel. Bookmark the permalink. Follow comments with the RSS feed for this post.Trackbacks are closed, but you can Post a Comment.