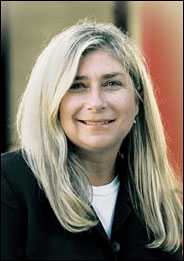 For the first entry in my Portraits in Horror series, I chose an underappreciated actress. This time, I’m moving behind the camera.

I can think of no woman more deserving of acknowledgement during Women in Horror Recognition Month than the groundbreaking producer Debra Hill. You might not know her name, but you definitely know her work: Halloween, The Fog, The Dead Zone. One of Hollywood’s pioneering female producers, Hill rose to the top of her field and played a major role in opening doors for women in the film industry. And she did it all the old-fashioned way: She started at the bottom and worked her way up.

Debra Hill was born on November 10, 1950, in Haddonfield, New Jersey, and grew up in Philadelphia. As a little girl coming of age in Eisenhower’s America, Hill was a bit of an anomaly: an old-fashioned Catholic schoolgirl who loved monster movies like The Creeping Terror and The Crawling Eye, a taste she would share with future collaborator John Carpenter.

Hill broke in to the film industry as a production assistant and then became a script supervisor, which required her to work closely with the director, keeping track of all the script’s scenes and shots. This was excellent training that soon led to her becoming an editor, writer, assistant director and second-unit director. She first worked with Carpenter on his 1976 flick Assault on Precinct 13. Finding they shared similar sensibilities led them to collaborate on the script for Carpenter’s next movie—a film that would change both of their careers as well as the idea of what horror could be. 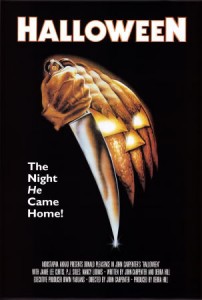 Halloween began as a nod to the creature features Hill and Carpenter both loved as children. They wanted their film to have a feel similar to those older flicks and, at the same time, serve as a reinvention of the horror genre. I think we can all agree they succeeded more than they could have hoped. The screenplay began with the idea of setting the story on Halloween night. From there, Hill and Carpenter began writing separately. She wrote babysitter Laurie Strode’s story, and Carpenter wrote the story of Dr. Loomis and his fight against evil. To tie it all together, they then came up with the idea of Michael Myers as the personification of evil. To give the flick a personal touch, Hill set the tale in her hometown of Haddonfield. While Halloween was her first attempt at writing, it also served as her first film as producer.

Hill continued working with Carpenter as producer and writer on Halloween II and The Fog and as producer on Escape From New York. She then worked with David Cronenberg as producer on The Dead Zone, one of the better film adaptations of a Stephen King novel. In 1985, she teamed with friend Linda Obst to form the indie production company Hill/Obst Productions and they scored a hit right away with the fun family flick Adventures in Babysitting. In 1991, they chalked up an Oscar nomination for producing Terry Gilliam’s The Fisher King, starring Jeff Bridges and Robin Williams. 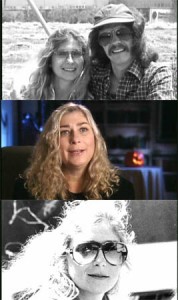 As successful as Hill became, she always gave back to her community. She was a board member of Women in Film and was also on the Producing-Development Advisory Board of the UCLA Extension Department of Entertainment Studies and Performing Arts, as well as the Mentor Board of the Pete Stark Producing Program at USC. As a passionate environmentalist, Hill also was a founding board member of the Earth Communications Office (ECO).

Hill died of cancer on March 7, 2005, and Hollywood is a lesser place. She changed the role of women in film and was well known for going out of her way to help other women in the industry. In fact, Hill was honored for her work by Women in Film in 2003. At the ceremony, she remarked, “I hope someday there won’t be a need for Women in Film. That it will be People in Film. That it will be equal pay, equal rights and equal job opportunities for everybody.” The industry might not have reached that point yet, but it’s closer than ever before, thanks in large part to Hill’s achievements and contributions.

This article was posted in Other Awesome Stuff and tagged Adventures in Babysitting, Assault on Precinct 13, David Cronenberg, Debra Hill, Escape From New York, Halloween, Halloween II, John Carpenter, Other Awesome Stuff, Portraits in Horror, Slammed & Damned, The Dead Zone, The Fog, Theron Neel, Women in Horror Recognition Month. Bookmark the permalink. Follow comments with the RSS feed for this post.Trackbacks are closed, but you can Post a Comment.