I Smell a Challenge—It’s Event Time! 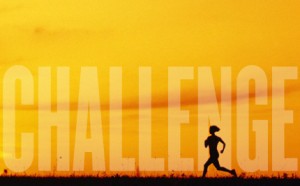 Yes, once again, it is Event Time! But don’t let the title of this post worry you. The challenge mentioned above is not for you, my dear readers. I promise you that you will never have to do any heavy lifting at Slammed & Damned. It’s enough that you’re here now, scanning my site as you watch TV over the top of your computer monitor, while texting and listening to your iPod.

No, the challenge I mention is for me alone. As I mentioned HERE, I’ve been having trouble meeting the (imaginary) goal I set for myself when it comes to posting each week. I look around at my fellow bloggers and I’m blown away by the quantity and quality of their posts. I went through a period last year where I posted every day for quite a while, and it almost killed me. I’ve since dropped to posting about three or four times a week—and that’s when I’m on fire. The truth is I’m just not a fast writer. One of my “regular” reviews will often take a full day to finish. I watch the flick. I think about it. If I’m lucky, I rewatch it. Then I write the review. I edit it (often as I’m writing it, which reeeeeeally slows me down). I let it sit a while. I come back and I rewrite it. I reedit it. I post it. Then I start dicking with tweaking it some more. Eventually, I decide I can’t do anything else to it, so I move to a dark corner where I sit weeping and rocking back and forth. 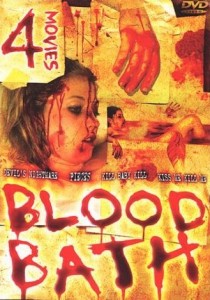 I exaggerate. It’s not quite that bad. But, truthfully, I do think I need to post more. And to that end, I’ve come up with a challenge for myself. I hereby declare next week “Euro Horror Week.” Over the course of the week, I will watch and review four European horror flicks. I will. No, really. In fact, I’ve already chosen them. I bought a Euro-horror DVD four-pack several years ago, called Blood Bath, which I have never watched. I think now is the time, my friends. This will allow me to kill several birds with one DVD pack. I get to finally watch these movies and dive into a horror subgenre I’m woefully unfamiliar with. I get to challenge myself, and I get to provide you with something to read. Granted, the writing might be somewhat subpar and frantic. But, hey, what can you expect to result from a viewing frenzy but frenzied views?

Okay, here’s what’s on the menu next week (all descriptions and exclamation points are from the DVD box):

Devil’s Nightmare: A group of tourists, each representing one of the seven deadly sins, spends a terror-filled evening in a castle previously owned by a man who made a pact with Satan. Throw in Euro-beauty Erika Blanc as a homicidal succubus, and you have a truly captivating piece of vintage gothic Belgian/Italian horror.

Pieces: Forty years after a sweet-faced lad axes his mother to death when she catches him doing a nudie puzzle, college girls start meeting their demise at the hands of a chainsaw killer. It seems that he’s assembling another puzzle of a nude woman…only this time the pieces aren’t cardboard!

Kill, Baby…Kill!: A doctor investigating a young woman’s apparent suicide in a Balkan village discovers the locals believe the ghost of a baron’s daughter is responsible. The victims in the small Transylvanian village are being found dead with gold coins planted in their hearts. Director Mario Bava’s chiller stars G. Rossi Stuart and Erika Blanc. This moody and stylish film, filled with horrifically disturbing sequences, is one of Bava’s best!

Whew! I hope you’re as Euro-excited as I am! Now, a couple of notes on each film before I go!

First: The term “vintage gothic Belgian/Italian horror” has me both really excited and really questioning the things that excite me!

Second: An axe murderer, a chainsaw killer and nude college coeds in one flick? Again, I’m questioning the things that excite me!

Third: There’s a Mario Bava flick in the group! That’s cool! Let’s see if it’s really “one of Bava’s best!” It’ll be fun!

Fourth: My research tells me that Kiss Me Kill Me is also known as Baba Yaga, a flick I’ve been planning for months to review! So, yay, there’s another dead bird!!!

(Sorry, the exclamation points seem to be contagious!)

All right, there you have it—four films and four reviews in five days. Can I do it? I don’t know. All I can say is I’ve done it before. So, to borrow a phrase from Bill Cosby and Sidney Poitier, “let’s do it again.”