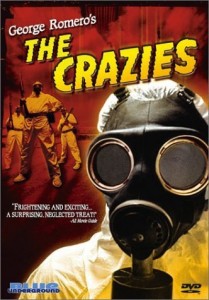 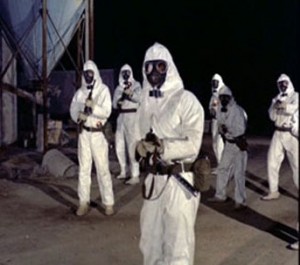 The simple, pastoral life in Evan’s City, Pennsylvania, is totally destroyed when a government-engineered biological weapon is accidentally detonated outside of town. An extremely contagious virus, code-named Trixie, has been released. When a person catches “the bug,” as it’s called, the best-case prognosis is incurable, violent insanity. Before the townsfolk know what’s happening, their sleepy little hamlet has been invaded by the army and martial law has been declared. Though the government hopes to find an antidote, it’s quietly understood that the whole town will most likely be destroyed to contain the contagion. As the public panics and begins to fight back, it becomes harder and harder for the occupying troops to tell who is and isn’t infected.

We view the events through two sets of characters: a group of townsfolk and a group of soldiers. This is an effective device, but the characters themselves are given the barest of backstory and no arc. They exist only to drive the plot along, which is a problem dramatically. Romero makes his points, but his rage seems to hurt his focus. He’s so intent on showing us the evils of a callous bureaucracy in action that he doesn’t give us much reason to care about those whose rights are being violated. 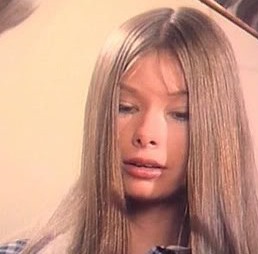 All the performances are good, some hammier than others, but one sticks out. I keep thinking about Lynn Lowry’s delicate portrayal of Kathy, a young hippie chick that is so innocent and caring, no one can tell whether she’s crazy or sane. Lowry, most recently seen in George’s Intervention, steals the movie in the third act as Kathy struggles to live through the worst of situations. Yes, I know this character is a cliché (she’s “too good for this world”), but she does a wonderful job of illustrating one of Romero’s themes in The Crazies—specifically, what is crazy? We all know that sane people act crazy and crazy people act sane. Romero wants us to know that what is definitely insane is giving a bunch of scared, armed young soldiers the power to make that decision and then act as they see fit. 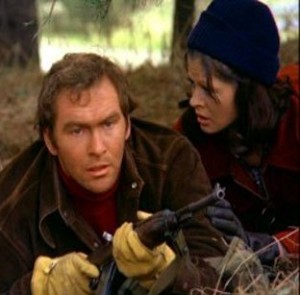 Normally, movies so “of their time” seem dated when viewed decades later, but The Crazies manages to sidestep this hurdle because its themes have modern-day parallels. Events such as the massacre at Ruby Ridge, the rise of AIDS and the betrayals of a corrupt, uncaring government (sadly, that one never goes out of style) can now be read in to the flick. Perhaps that’s why it’s been remade recently (a new version of The Crazies is due next month). I haven’t been following it, but I’ll be interested to see what they do with Romero’s template. It shouldn’t take much tinkering to make the story relevant for today’s audience. 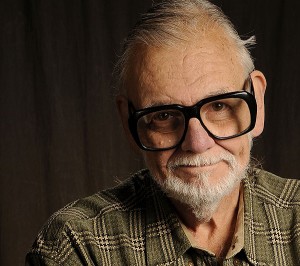 While Romero definitely is the zombie guy, he’s also an artist. Now, an artist does more than bring form to chaos; he observes the world and interprets it for us in such a way that we see truths that otherwise might not be glimpsed. In the cinematic arts, a happy ending is usually tacked on to allow us to feel better about the world. But here, Romero is not that filmmaker. He seems fed up, and it shows. The Crazies is a cynical, bitter film by an artist with vision who has finally seen too much and is intent on telling us so. That’s a good thing…isn’t it?

This article was posted in Reviews and tagged George A. Romero, George's Intervention, gore, horror, Lynn Lowry, Reviews, Slammed & Damned, The Crazies, Theron Neel, zombies. Bookmark the permalink. Follow comments with the RSS feed for this post.Trackbacks are closed, but you can Post a Comment.