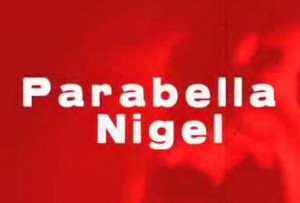 Writer and director Chad Clinton Freeman has a dream and he’d like your assistance in making it come true. His new project, Parabella Nigel: Saiko Saikik Witch Bitch, is in the planning stages, but it’s a little low on cash. So, Freeman is trying something novel to fund his film’s $16,666 budget: he’s looking for financing online. No cast or crew attachments will be made until funding is in place.

Knowing no one would support a project they knew nothing about, Freeman has created and posted a teaser trailer online HERE. The clip, which is just a little over a minute long, was made from public domain footage to give fans and investors an idea of the film’s mood. The project is being described by Freeman as a “slasher noir about a psychic that may or may not be a serial killer.”

“[It] isn’t quite a horror film and it isn’t a film noir project either. It is, however, a highly stylized and unconventional psychological thriller with quirky characters and dark humor that features lurid and exploitative elements. There’s a psycho killer on the loose snuffing out victims in a graphically violent manner via cinéma vérité visions. There’s the mysterious female psychic that we root for, who is as odd as she is sexy. There’s the hard-boiled detective who is determined to get to the bottom of things and, of course, there are all of those interesting and offbeat players. 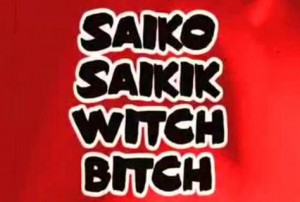 “Paranormal Activity was made for less than $20,000 and it killed at the box office,” Freeman said. “That film reminded me of how important guerilla marketing is in this business. So I thought if social sites can help build that much buzz for a movie once it’s made, then perhaps it’s possible to get people interested in a project based on its pitch and have them rally around to help fund it.” 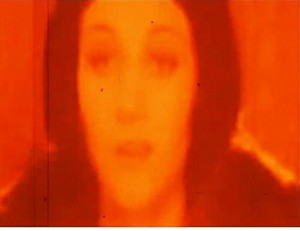 Freeman is a Las Vegas-based mass media specialist and is best known for his entertainment website PollyStaffle.com, which has been on hiatus this past year. He has also been a part of the independent films Silent Night, Zombie Night; One Long Day; and Breath of Hate, among others.

The clip he put together has a cool sensibility, and if nothing else, Freeman seems to have a talent for catchy titles. I wish him luck and remain cautiously optimistic. If you want to help kickstart Parabella Nigel: Saiko Saikik Witch Bitch, go HERE. Who knows, this could be your chance to break in to the movie buisness.