Why Do I Own This? 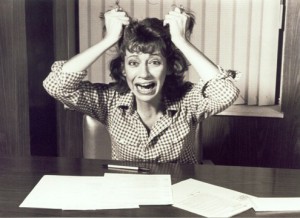 I’m proud to announce a new semi-occasional, random, intermittent, sporadic, recurrent feature called “Why Do I Own This?” Here’s how it works: I go through my collection of horror DVDs and pull out something I own for some reason that I’ve since forgotten. Then I watch it and try to figure out why in the hell I bought it in the first place.

Sadly, I have scads of films that I’ve accumulated over the years but, for some reason, have never watched.  Apparently, I had to possess these movies. But now, as I gaze at many of the titles, I realize I have no freaking reason why I had to possess them. So, I’ve decided to do something about it. Hopefully, this will entertain you, my devoted public. And maybe, just maybe, this will allow us all to get a handle on whatever it is inside me that forces me to collect these movies, but keeps me from watching them.

So, tomorrow we will kick off with a little something called Abominable. Looking at the cast, I think I know why I had to own this. But it appears that the intriguing cast was not enough to cause me to watch it…ever. Let’s see what this Abominable is—together.

This article was posted in Updates & Teasers! and tagged Abominable, DVDs, films, horror, Slammed & Damned, Theron Neel, Updates & Teasers, Why Do I Own This?. Bookmark the permalink. Follow comments with the RSS feed for this post.Trackbacks are closed, but you can Post a Comment.