Submitted for Your Approval—10 of my favorite horror movies 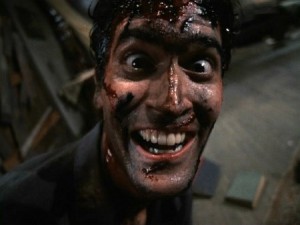 As we all know, “Top 10” movie lists are a sham. Nobody can definitively say what the best movie is, let alone the 10 best. Art is subjective. It’s all a matter of opinion; one man’s Citizen Kane is another man’s Slaughtered. But actually, these movie lists are good for a couple of things. First, they stimulate conversation. They get us all talking and discussing the merits of our favorite flicks—and maybe more important, they can expose little-known movies to a broader audience.

Below, you’ll find a list of 10 of my favorite horror flicks of all time. Notice how I worded the previous sentence. These aren’t what I consider to be the 10 best horror films of all time, but it’s a good, solid list of enjoyable fright flicks.

Now, this list is in no particular order. I can’t tell you which of these is better than the others—they all kick ass. And my “top 10” changes daily…hourly even. This list is accurate only at the moment I’m typing it. If you asked me to write another list five minutes from now, you’d likely get a totally different set of movies. In fact, I’ll probably change my mind before I write down the 10 films I’ve already chosen (Editor’s note: I did). So, the following is a list of 10 of my favorite horror movies…as of this second.

Sure, I have older, hipper cult faves, but these are my choices for this year. There’s nothing too unusual here.  It’s a pretty solid list of horror flicks.  Actually, you’re probably familiar with all of these films. If you’re a horror-phile, then you should be. If not, you definitely have some catching up to do.