Resurrection County, the latest film from director Matt Zettell, is a primer on what not to do in modern-day rural America. When you go hiking, stay on the trails. And when you see a Do Not Disturb sign, for god’s sake, do not disturb! If after seeing this movie you still want to go camping, don’t blame me for what happens to you—at least you’ve been warned.

In Resurrection County, two nice, normal couples go camping in the Arkansas countryside. But they obviously haven’t seen the movie they’re in, because they go off the trails and they disturb. And they pay the price for their ignorance…boy, do they pay the price. You’ve seen this basic story before in any one of several similar films, but you’ve never seen it unfold quite this way. In most of these films, the city folk run across inbred, mutant hillbillies who delight in devising creative ways to torture, maim and eat people. But Resurrection County is slightly different. It’s somewhat grounded in reality. Here, the good guys (i.e., us) run afoul of the local citizenry, who are not mutant cannibal hillbillies at all. But they do seem to be running a meth ring. Oh, they also are members of an antisocial religious community led by the sly Parson. He pretty much runs things in those parts. He and the local law enforcement have an understanding: Don’t bother us and we won’t bother you. And while this film’s variations on the usual theme make it watchable, they do not necessarily distinguish it from the pack. Luckily, Resurrection County has Matt Zettell as a director. 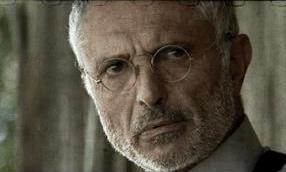 With The Cellar Door, Zettell showed us he was an accomplished filmmaker. Here, he once again proves he’s a master of tone. He builds the tension judiciously from the start and continues to ramp it up as the film goes, until you think the mood can tighten no further—and then it does. Amazingly, he’s able to keep the events frenetic without them becoming histrionic. Also, he regulates the atmosphere nicely, especially as the ever-present woods shift from bucolic to menacing. Possibly most important for this type of film, Zettell knows how to roll out the sudden senseless violence and the amount we need to see. But because the brutality is integral to the story, it never feels gratuitous.

All the performances are fine, but I especially admired Kathryn Michelle as Lucy, one of the unlucky city folk, and Robert Miano as Parson. As Parson’s wife, Anne, Kem Dawson is good, but she seems miscast. (Personal Rant: Why does Hollywood insist on casting young actresses to play older characters? Trust me—there are plenty of amazing actresses of a certain age available for these roles. The powers that be have no problem casting men of 50, but they’d rather cast a 35-year-old woman to play older and then apply bad makeup. Come on, Hollywood!) Although most of the villains run together, on the whole all involved do a nice job either victimizing or being victimized.

As much as I liked Resurrection County—and I did like it—not enough is done to make it stand out from the pack of similar films, of which there are legion. I’m a little surprised Zettell chose this as his follow-up to The Cellar Door, which was a much more original genre tale. He does as good a job as possible with the material, but you can only tell this same story so many times before it gets stale. Yes, it’s a brutal journey into terror, but…haven’t I been on a very similar brutal journey several times before? Granted, I enjoyed this trip more than others and there were a few unexpected detours. But, frankly, I’m getting tired of this vacation. Next time, I’m going skiing.