As your arbiter of all that’s cool, I’ve been monitoring the filming of Trash Film Orgy’s latest opus: Planet of the Vampire Women. There have been a couple of bumps in the road but, overall, things are progressing nicely. I’m putting together some interviews with the maniacs involved, but in the meantime, here’s a little taste of the awesome madness you can expect.

A heart-warming tale of greed and blood lust, Planet of the Vampire Women tells the story of notorious space pirate Trix Richards and her daring gang of interplanetary outlaws. As they try to escape the galactic police following a heist, they find themselves stranded on a forgotten planet—yes, it is the Planet of the Vampire Women. You will THRILL to the site of sexy vampires. You will CHEER for the adventures presented. You will RECOIL from the horrors encountered. You will RAVE at the following preview pictures. 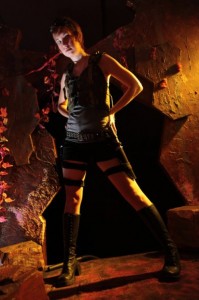 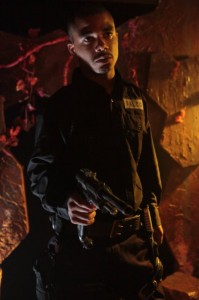 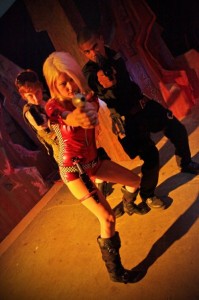